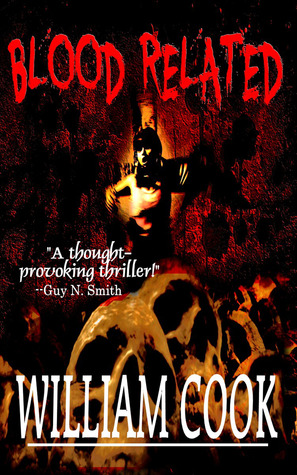 WARNING: THIS REVIEW CONTAINS EXCERPTS FROM "BLOOD RELATED" THAT INCLUDE PROFANITY AS WELL AS GRAPHIC DESCRIPTIONS OF VIOLENCE AND SEXUAL REFERENCES THAT SOME MAY FIND OFFENSIVE OR DISTURBING

"I remember looking at Charlie and noticing he was visibly erect as he stood there staring, trembling with excitement and fear.

The sick fuck.
I would never stoop to be so obvious.

How tactless!
My curiosity got the better of me and I made the mistake of asking Pa why they had to die and, just before he knocked me unconscious, he said that they were a ‘present for a pig.’ Later on, I would find out for myself exactly who Ray Truman was and what he was capable of."


“Blood Related” is a fascinating journey through the mind and life of a third-generation serial killer. He is both a victim and a victimizer. He is deeply damaged and mentally ill. He embraces and is turned on by his murderous lifestyle.  He finds fulfillment in it and sees it as an expression of who he is. But he also knows it’s wrong and dreams of “one day becoming a better person”.

Graphic, tortuous, nauseating violence. Definitely not for the weak of stomach. If you can handle this though, you must read this book. 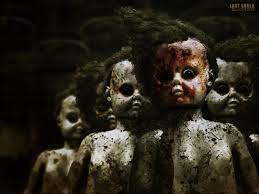 This book goes way beyond slash-em-up horror. We are witnesses to the life of a serial killer, Errol Cunningham, through his child’s eyes, those of Caleb Cunningham. We learn of the unimaginable horrors that Caleb saw and learned from as a child. He was a witness to, and object of brutal abuse and it contributed to his evolution into the monster he became.  He shows some capacity and desire to love at one point, but the pursuit of what he views as his art will not allow that bond. 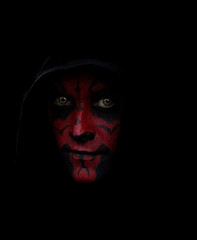 He is pursued by a policeman who inherited a passion for apprehending a Cunningham murderer from his father, who pursued earlier generations of this murderous family. Caleb is highly intelligent and clever.  He learned how to get away with his crimes from his father and fellow inmates and used those skills to formulate his own methods.

We see Caleb transform.  We see it through his own eyes as well as through the eyes of outsiders.  Cook includes viewpoints of policeman Ray Truman, the media and psychologists. This variety of perspectives provides new insights and information on Caleb Cunningham’s psychoses and torturous acts. It is cruel and black and heartbreaking all at once.  He is a deranged, twisted killer, but he is also a victim of a brutal childhood, and he has a desire to love and be loved and to live a normal life buried inside himself.

There were times when a change in perspective occurred and I became confused about who was speaking. There were also spots with grammatical issues or incorrect word choice.  From a plot perspective,  the editing was outstanding. The plot was tight. Grammar and word choice edits could have been better on occasion.

The weaknesses are easily and greatly outweighed by the strengths of this book. If you can't tell, I love “Blood Related”.  It is complex, fascinating and entertaining. You
know the writing is good when part of you feels sorry for the serial killer. I can’t wait to see what happens next.  I will watch eagerly for the release of the sequel.

I really want you to read this book! And the author has graciously provided an ebook for me to giveaway! Enter to win it below!

AND
Come back tomorrow for a fascinating interview with Mr William Cook himself!