Recently a friend of mine, award-winning author Kim Cresswell, told me about her upcoming release 'Lethal Journey,' and I quickly volunteered to do a feature on her and her book. Kim is a lovely person and her writing is of a quality and standard worthy of praise, so it is without hesitation that I present her and her latest work to you. 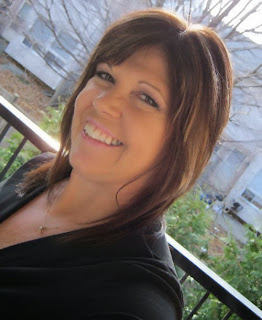 Kim lives in Ontario, Canada and has been a story-teller all her life. After working in legal and adult education for most of her adult life she has thankfully returned to her first love, writing.

LETHAL JOURNEY was a finalist in From the Heart Romance Writers (FTHRW) Golden Gate Contest (2003).

Her action-packed thrillers have been highly praised by reviewers and readers worldwide. As one reviewer said, "Buckle up, Hang on tight!"


Lethal Journey is a novella inspired by Kim's fascination with the Mafia and her love of action-packed thrillers. 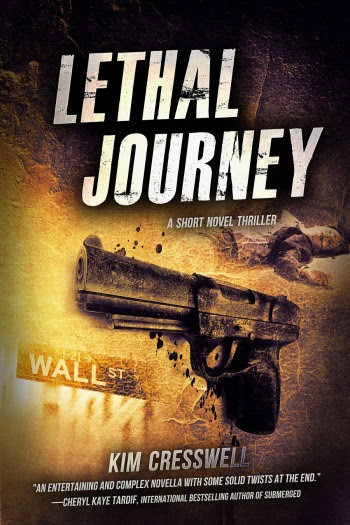 A killer lurks in the shadows of Hyde Park, New York…waiting.

Manhattan District Attorney, Lauren Taylor, is about to take on the most important case of her career, prosecuting Gino Valdina, acting mob boss of New York’s most influential crime syndicate.

For three decades, Gino Valdina has led New York’s Valdina crime family. Since his recent indictment for murder, the leadership of the family is in turmoil, appalled by the death of one of their own, Gino’s wife, Madelina. Without the support of the family behind him, Valdina will do anything to save himself.

But Lauren soon discovers, things aren’t always as they seem when she’s tossed into a mystery, a deadly conspiracy that reaches far beyond the criminal underworld and a journey into the past makes her a target…and anyone she’s ever loved.

Holiday Special! On Sale for a limited time for $0.99! 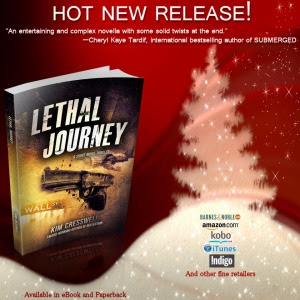 “An entertaining and complex novella with some solid twists at the end.” — Cheryl Kaye Tardif, international bestselling author of SUBMERGED

“High tension, high intrigue, and an angry mob boss put young Assistant DA Lauren Taylor on the defensive as she prepares for the biggest courtroom case of her life. All she has to do is stay alive long enough to put the head of one of New York’s biggest crime families behind bars, and the jury is out on whether she can pull that off. Her greatest ally is a man she knew and loved long ago, who shredded her heart as his own demons of guilt tried to drown him in an alcohol induced haze.

Lethal Journey by Kim Cresswell hits the ground running and does not stop! Are people as they seem or is there more to them? As the attempts on her life escalate and people close to her go missing, Lauren doesn’t have many options on who to trust. Enter the one man who broke her heart, Eric, a homicide detective who has also felt the burn of getting too close to the mob. Can Lauren trust him? Does she have a choice? It would be so much easier if her heart would stay out of it, wouldn’t it?

Kim Cresswell’s talent shines through again! With a talent for setting the stage, bringing in the characters and cuing the action, she held me from page one. She is not afraid to write a tale that is real, where the good guys do not go unscathed and they are not perfect. There is grit in her style, and when she says you are in a warehouse with a stench, you smell it. The romantic tension runs high, and using character flashbacks to the past not only builds on the development of each character as a flesh and blood entity, but serve to eventually bring everything full circle with an ending that you will NOT see coming!” —Tome Tender’s Book Blog

“Lethal Journey, a fast-paced novella hits all the points of a romantic murder mystery. The protagonist is Lauren Taylor, the prosecutor in the trial of a Mafia crime boss who once before slid out from under the punishment he so deserves. Her father is the district attorney, both enmeshed in a tragic family history they can’t leave behind. Eric Brennan is the tough police detective, who moves in and out of Lauren’s life as their sometimes love connection flourishes and then falls apart. There are other great characters in this drama who deftly fill in the blanks as the plot of murder, deception and tenuous connections twist into a knot that defies the reader to solve the mystery and unearth the true antagonist. Be prepared for a surprise ending that will blow you away. It’s a quick read that will keep your attention. Kudos to Kim Cresswell for a job well done.” - Review by Fran Orenstein, Sunwriter

"Eric slowed the Mustang to a crawl and searched the street for his informant, Jimmy Flame. This part of Brooklyn had it all — garbage, graffiti and gangs — a snake pit where debts were paid in blood. As it turned out, he spotted the lanky twenty-something-drug-dealer strolling up the sidewalk.

Eric didn’t trust the scar-faced kid dressed in clothes three sizes too big, but Jimmy knew the streets and somehow stayed clear of the gangs. A real miracle. He also knew Jimmy would be discreet, if he knew what was good for him.

Eric pulled the car over and stopped. Jimmy looked him square in the eye, turned, and kept walking. Eric jumped out of the car and snatched the back of Jimmy’s shirt. “We need to talk.” He whirled him around.

“Hey, you promised you’d only come around at night.” Jimmy scanned up and down the street clearly worried someone might see him with a cop.
“It’s important. Get in.”

Jimmy hopped into the car and scrunched down low in the passenger seat. Eric started the engine and glanced at Jimmy’s low riding jeans. “How the hell can you wear those baggy ass pants? They should be outlawed.”

“What man? You don’t like my gear? These pants are cool.” Jimmy ran his hand over his knee. “What’s so important?”
“Heard anything about prosecutor Stephen Taylor or the new district attorney?” Jimmy kept one hand clutched on the door handle.

Convinced the kid might bolt if he had the chance, Eric sped up.


“If you know something, spit it out. I’m not in the mood for games.” Eric looked at him.

“Man you’re gonna get me killed.” Jimmy sank back into the seat, his fingers tightened around the handle of the door. “Some dude was looking for someone to put the scare into Taylor and the DA. I never saw him, but one of my boys told the guy to hit the road. The deal didn’t smell right. Something was way off.”


“How did Paul Cassico end up dead?”

Jimmy lit a cigarette and took an extra-long drag. “Cassico is a small-time bookie, you know, neighborhood shit, horse races and fights. Valdina learned the guy would be cooperating with the feds so Valdina had one of his crew take him out.”


“Did Cassico ever mention who killed my father?”


“The stupid shit went around flappin’ his gums. Said he knew who shot the cop in the warehouse drug deal. He also said he’d make a large stash when he went to the cops.”

Eric’s heart pounded. “Did he give a name, Jimmy?”

Eric could tell by the quiver in the kid’s voice, he was scared. Something he’d never seen before. “Has someone threatened you?”


“Not yet. They will as soon as I start asking questions.”


“You’re smart. You’ll find a way to get the info. Besides, if you piss me off, I’ll drag your drug-pedalling ass off to jail. You understand?”

Jimmy remained silent for a moment. “Man, you’re a hard-ass.”


“Find out what you can.” Eric steered the car into an empty parking lot and tossed fifty bucks at him. “I’ll be back in a couple of days and watch your back.”

As Eric pulled away, he heard Jimmy call him an asshole. Okay, he deserved that. And yeah, he was tough on the kid when he needed to be. It was all part of the job. He liked Jimmy, but he’d never admit it. From what he just witnessed, Jimmy was scared shitless and that worried Eric even more."

Buy Lethal Journey now at the special introductory price of $0.99 and SAVE $3.00!