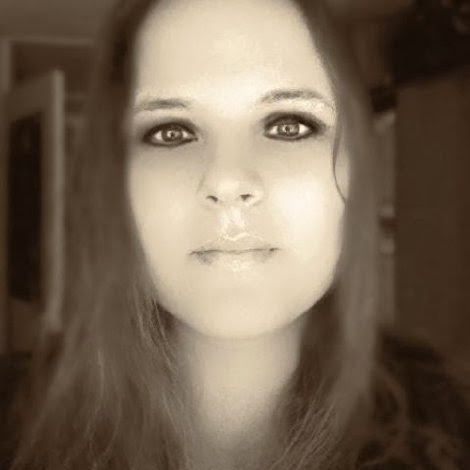 Chantal Noordeloos (born in the Hague, and not found in a cabbage as some people may suggest) lives in the Netherlands, where she spends her time with her wacky, supportive husband, and outrageously cunning daughter, who is growing up to be a supervillain. When she is not busy exploring interesting new realities, or arguing with characters (aka writing), she likes to dabble in drawing. In 1999 she graduated from the Norwich School of Art and Design, where she focused mostly on creative writing.

There are many genres that Chantal likes to explore in her writing. Currently Sci-fi Steampunk is one of her favorites, but her 'go to' genre will always be horror. "It helps being scared of everything; that gives me plenty of inspiration," she says.

Chantal likes to write for all ages, and storytelling is the element of writing that she enjoys most. "Writing should be an escape from everyday life, and I like to provide people with new places to escape to, and new people to meet."

Chantal started her career writing short stories for various anthologies, and in 2012 she won an award for ‘Best Original Story’ for her short ‘the Deal’. Coyote is her first big project.

(See below for Chantal's books and more info)

A bit more about herself from Chantal:


"As many may know, it’s ‘Women in Horror’ month, and I happen to be a woman… who writes horror. Fancy that? The lovely William Cook offered to showcase my horror work on his blog, so *strikes a dramatic pose* here I am! Between you and me, I have to admit, I write more than just horror, but apparently I’m a ‘creepy’ sort of lady, and horror comes very natural to me.


On Halloween of 2013 I published my horror collection ‘Deeply Twisted’. It’s been well received and even landed on the Bram Stoker award ballot (am still keeping everything crossed that I’ll make it to a nomination). This year I have several other horror projects in mind.


Right now I’m working on a new collection… though series might be a better way to describe it, because all the stories are interlinked. The collection /series will be called ‘Even Hell Has Standards’ and it’ll contain 7 short stories, each representing one of the 7 sins. The theme will be ‘the horrors of humanity’, and this is quite a challenge to write.


Another horror project for 2014 will be my haunted house novel that I’ve started to outline. I can’t wait to write that. I’ve always been partial to a good ghost story, and haunted houses are –in my humble mind- the perfect setting for such tales.


But enough about me! Go and explore some lady writers in Horror fiction. Don’t let stereotypes of ‘women only write romance’ fool you, there are some dark and brutal ladies out there that will prove those stereotypes are wrong! It’s a tough genre for women to make a name for themselves in, so maybe give them a hand by reading their work and giving them honest reviews.


May you find many books that scare and entertain you! Thanks for reading, and if you want to get to know more about me, you can find me at the following places:


No one knows where or when the rips will appear, but they do, and from them, Outlanders walk the earth. Coyote travels the territories with Caesar, her mysterious partner in the bounty hunter business, and together they confront these alien threats to humanity. Along the way, Coyote discovers a secret that threatens to shatter everything she believes about herself, her father, and her sworn enemy, James Westwood.
Whether Outlander or inner demons, some things can’t be solved with a six shooter…


Buy the e-book version on Smashwords


Buy the e-book version on Amazon.com


Buy the paper version on Amazon.com


Deeply Twisted: twenty dark tales with a twist. A mother murders her eldest daughter. A clock appears in the middle of a park. A one-eyed man with a raven on his shoulder joins three homeless men on a chilly night…
Embrace the night and all its terrors in this macabre gallery of monsters. The living and the dead, the spectral and the material—horrifying visions from the tormented mind of Chantal Noordeloos. Your nightmares will never be the same.