Welcome to the tenth interview in the popular series, Secrets of Best-Selling Self-Published Authors. Today's guest is award-winning author Jeremy Bates. Jeremy is a Canadian/Australian author. His work typically explores the darker side of human nature and the novels in his "World's Scariest Places" series are all set in real locations, such as Aokigahara in Japan, The Catacombs in Paris, and Helltown in Ohio. He is also the author of the #1 Amazon bestseller White Lies, which was nominated for the 2012 Foreword Book of the Year Award. Without further ado, here he is, the talented Jeremy Bates: 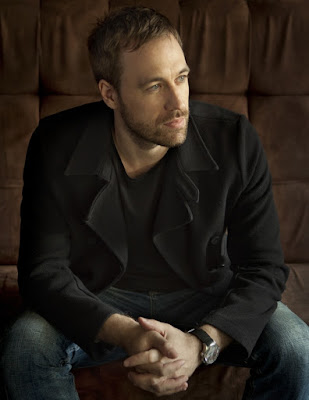 
Hey, Will. I was born in Canada but now live in Australia. In between I’ve lived all over the place, including Japan, Korea, the Philippines etc. And, sure, I think my life experience has shaped me as an author. Most of my books are set all over the world: Japan, France, Africa, and so forth. I like different places, exotic places. Also, the characters are often from all over, whether they are Japanese, German, British, Australian, French. Part of this is because of where the stories are seat, but I also like using international characters because a lot of people I’ve met, a lot of friends, are from different countries. And you write what you know about, right? I should also mention that living in Japan got me into the horror genre, which is what I write now. My first novel was straight up suspense. My second was more an action thriller. I only started writing horror because I knew about Aokigahara in Japan and thought it would make a great setting for a story. And, given the subject matter, it sort of had to be horror. Anyway, it kicked off the World’s Scariest Places series.


Many of your stories feature elements and tropes from different genres. For example, thriller, horror and travel adventure styles and themes populate most of your work – would you call yourself a slip-stream author? What genre do you most identify your work with?


I would call myself a horror writer, but I focus more on the story than on the genre. Simply put, if I get a good idea for a story, I’ll probably try to write it, regardless of genre. For example, I’ve written several novellas which I would broadly classify as horror, but they could just as easily be dark suspense, or psychological suspense. One even borders on sci-fi.


This is an easy question. I get my inspiration from scary real life places. If you do a google search on “scary places” you get pages and pages of results. As far as branding goes, I guess I’ve just branded my books as horror set in real locations.


Your stories are many things –  adventurous, violent, terrifying –  if you could pinpoint one thing in particular that has grabbed readers of your work, what would you say it is?


The settings. People seem to like that they are set in real locations that they could visit, if they so pleased.


You have enjoyed best-selling status on Amazon – is there a particular moment in your career as an author that you realized that you had done something right to get where you are now? Can you pinpoint what it was that spiked your success to date?


Deciding to self-publish. It’s been great to have complete control over everything. Also, I’m no longer writing for my publisher, or agent, or what I think they think will sell. I’m writing what I want to.


Your first novel was traditionally published. Did you try to get publishing contracts for your other books early on with traditional book publishers? If so, did you have any success there or if not what was it that made you decide to self-publish the majority of your work?


My first two books were traditionally published. White Lies hit #1 overall in the Paid Kindle Store. But this didn’t translate into a huge windfall of cash for me because traditional publishers take a massive chunk—especially if you’re a first-time author and have a crappy contract. Having said this, I still tried to get Suicide Forest traditionally published. I had a great agent work on it, and he sent it out to the Big Five and others. That was back in late 2013. But I finally got fed up with was all the waiting. It’s a long process if your book doesn’t get picked up right away. So by the time we decided Suicide Forest wasn’t going to sell, it was late 2014, and I already had the next book, The Catacombs, finished. My agent for that one—a different one at Curtis Brown—sent it out to do the rounds. He mentioned if The Catacombs sold, the publisher would probably want to pick up Suicide Forest too. But by then I’d already begun to think about self-publishing Suicide Forest. The way I saw it, even if The Catacombs sold right away, it wouldn’t be published for over a year, so I was looking at a 2016 release date. And if Suicide Forest sold as well, it wouldn’t come out until 2017. That was sort of nuts. I’m a pretty fast writer, and I realized I was going to have this big backlog of titles if I didn’t start self-publishing. So I self-published Suicide Forest. And it did well, sold well, got good reviews. This was when I gave up on traditional publishers. I realized I didn’t need them. I got the rights back to The Catacombs, and released that. I finished up a third book, Helltown, and put that out too. I also wrote four novellas. So instead of having maybe two new books out by sometime in 2017, I now have 3 novels and 4 novellas out in mid-2015. Come 2017 I’ll have a couple more novels out on top of this, plus more novellas etc.


I don’t really have any financial/artistic considerations. I do the covers and interiors myself. I have an editor I pay, of course, but it’s not too much.


What kind of marketing did you do to establish your author brand and what do you think is the most successful marketing for self-published authors?


One, I put links to my Amazon page in the back of all my Kindle books, making it easy for readers who have just finished one book to get the next. And two, I have one book permanently free. This is a big plus because it gets 1000 or so downloads a day, which is a great way to build a readership and far worth the money the book might be making if it weren’t free. Also, I offer a free novella on my website to people who subscribe to my newsletter. I’ve gotten about 5000 subscribers this way since January who I send emails to regarding new releases and so forth . . .