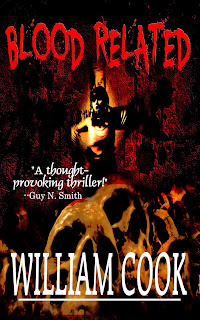 Meet the Cunninghams… A family bound by evil and the blood they have spilled.


Meet Caleb Samael Cunningham, a diabolical serial-killer with an inherited psychopathology, passed down via a blood-soaked genealogy. Caleb is a disturbed young man whose violent father is a suspected serial killer and mother, and insane alcoholic. After his father's suicide, Cunningham's disturbing fantasy-life becomes reality, as he begins his killing spree in earnest. His identical twin brother Charlie is to be released from an asylum and all hell is about to break loose, when the brothers combine their deviant talents.

The serial killer genre must be one of the most difficult to write about. Considering that so much research has been devoted to our understanding of these monstrous people who live among us, the killer is not mysterious. We're fascinated by the perpetrators of the most heinous crimes; the killers are granted immortality by the media and our own innate desire to peer into the darkness of the human heart and mind. How can such monsters exist?

William Cook's presentation of a family of murderers, most notably the twin brothers Caleb and Charlie, is a chronicle that charts the evolution (or de-evolution) of a killer's psyche. There is a plot in this novel, or rather, a series of events that result in the book's conclusion (no spoilers here). A revolutionary plot on the manic scale of Charles Manson, a damaged family unit that has been depicted in classic horror films like Texas Chainsaw Massacre and House of 1000 Corpses, and the downward spiral of the novel's "good guy" all illustrate the environmental conditions which create such monstrosities. Cook did very thorough research; no stone was left unturned, no cause unexplored.

There are several scenes that may have been more effective if the reader was given a chance to "see" rather than be "told," however, within the greater framework of the novel, which is rather extensive, one can argue that Cook's method only underscore the madness within: there are buckets of gore amid several grotesque mutilations, but all of them are very casually described. Whether from the perspective of a killer who wallows in bloodlust or from files and reports that summarize the grisly murder scenes, the detachment of the prose from the massacre mirrors the mental state of the characters. Descriptions are hardly tense, but rather matter-of-fact.

Grievances with this novel are based on personal preference. As with many serial killer stories, there is a severe lack of an endearing female character. From the perspective of Caleb and Charlie, this is acceptable because it appropriately conveys their worldview; however, I would have liked to see a character contrast with their dark, grimy world. One might argue that a doctor that appears within the pages is this contrast, and the argument is acceptable. In addition, I found some of the information near the end of the novel to be a bit anti-climactic.

Cook knows his material. The contemporary standard for a serial killer novel is, in my opinion, American Psycho by Brett Easton Ellis. The fact that I can measure Blood Related against this standard suggests that Cook has accomplished what few writers can with the serial killer story. I've seen Blood Related appear on a few "Best of" lists; I expect Cook to receive accolades for this novel, and future endeavors."

Email ThisBlogThis!Share to TwitterShare to FacebookShare to Pinterest
Well 2013 has kicked off with a hiss and a roar. Long may it continue, the hissing and the roaring that is. First of all I'd like to thank all of you who take the time to visit. It really means a lot and supports independent artists and craftspeople like myself. Anyway, this is my site so I guess I better tell you about what's happening in my world at the moment (myopic as it may be). I have started a new novel titled 'Blood Trail' and have finished the first quarter and mapped out the balance with an expected finish of July/August approx. I have nearly completed formatting a rather large dark-poetry collection (title to be decided). 'Songs for the Raven' is an anthology I've been working with and is in the process of taking submissions (I did this book cover for them recently). If you're interested, click on the pic and submit your best literary Horror short: 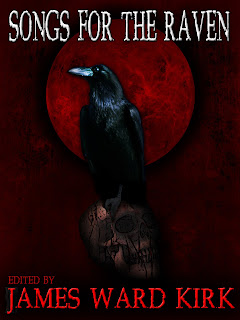 A few interviews will go live shortly and three separate anthology selections - please stay updated if interested in any of these things via my facebook page.

On other fronts, I have had limited success with my first ventures into self-publishing with the following poetry books. They are all $0.99 titles so if you like poetry, take a punt ;) 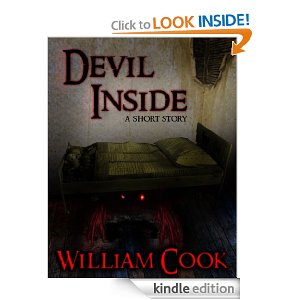 My first Kindle short has met with an enthusiastic response and I received my first 1-star review from an indignant reviewer. Sometimes I think people confuse the sample with the whole story! (spoiler alert: stereotypical representations of minor characters) It was supposed to be like an episode from a TV Horror series or Tales From the Crypt. I love and collect vintage EC, Eerie, Creepy and Psycho comics, hence the influence.  Anyway, another $0.99 cent title and recently topping a Goodreads poll

Meanwhile, Blood Related is ticking along steadily, not losing or gaining much pace via Amazon but hoping I'm selling a few copies through my publisher, Black Bed Sheet Books (cheaper too)

Anyway, that's about all from me this month but I will be back in a few days with some more posts. One of my many resolutions for 2013 was to be more communicative (and no that doesn't mean spamming!). I'd also like to share a friend's website. He is an excellent writer and all-round good guy, Mr Todd Card. Please take a moment to check out his cool site and his nightmarish creations (esp 'Hell Cometh').

Oh, and one more thing I'm still doing book cover, audio/music/dvd, graphics through my design site  www.bloodsoakedgraphics.tumblr.com if you need anything.

Until next time, see you later. Will. 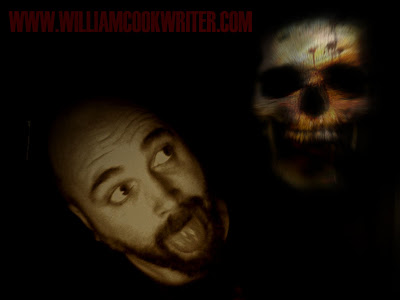