Hello everyone! Apologies for the lack of regular posts lately. Life has been very busy - we are packing once again for a move into a new house amongst other things. I have also been furiously editing and pruning my debut novel (Blood Related) into shape after having received the rights back recently. With a few more years of writing experience under my belt and a fresh perspective on a work that was published over three years ago, I have been merciless in my edits/rewrites and I think my readers will agree - it is a vastly improved story. I plan on an early July release in both Print and EBook. I feel really excited about the redux version and have a strong way forward with the sequel - yes, there will be a sequel, tentatively titled 'Blood Trail.' Another exciting development is that I have received a wicked blurb from one of my favorite horror authors, Graham Masterton (The Manitou, The Sleepless etc). A truly generous author and a great inspiration. Here's the blurb:

"William Cook tells a gruesome story with a sense of authenticity that makes you question with considerable unease if it really is fiction, after all." - Graham Masterton, author of The Manitou and Descendant 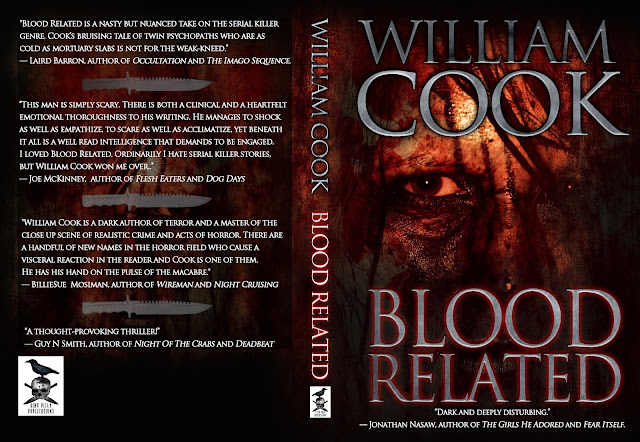 In other areas, I have been tweaking my EBook (only) covers and have finally settled on a font-set/style that should carry my books through into the years ahead. As a largely self-published author (now), cover design is a major consideration when presenting books to the public. It is very hard to have a style and a 'look' that stands out from the thousands of other authors doing the same thing. The font/title design that I'll use across all my titles now, while not original or unique (many authors have a similar title placement and font style), my point of differentiation will be in the art that I use for my covers. Some of it will be from other talented artists, but mostly I will be using my own creations to incorporate into the design of my covers. I'd be interested in hearing feedback from you as to your thoughts on the cover art/designs below. Good or bad, please leave a comment below - always open to fair critique of both my art and my written work. Anyway, check out the new covers below (click on the covers if you want to buy a copy of the Kindle version of the book - most are only $0.99 if they're not free. U.K. Links are at the foot of this post). At the bottom of this post you will find direct links to two FREE BOOKS. My gift to you.

All the best and stay safe, until next time, best wishes. 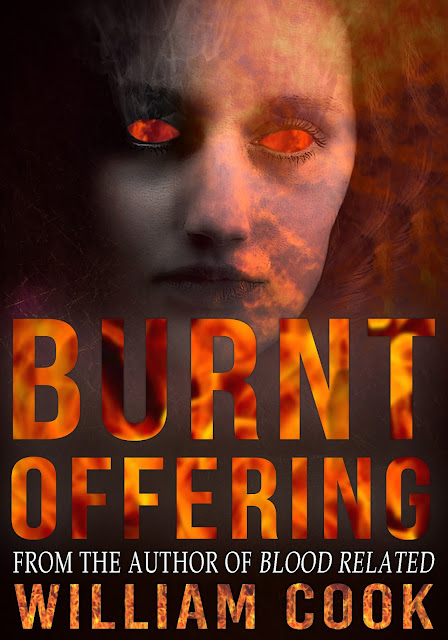 Burning Horror . .
A young pyromaniac battles her demons as her insatiable pursuit of the flame threatens to turn her world to cinders. Becky's life spirals out of control as she struggles with an abusive step-father who will not leave her alone. A fast-paced short horror story that will keep you on the edge of your seat as it races to its thrilling and horrifying conclusion. From the author of Blood Related and Dreams of Thanatos
Bonus Features: includes an additional short story and a recent interview with the author.
*Please Note: This eBook short story is also part of the popular collection, 'Dreams of Thanatos.'
Warning: contains adult content + themes of psychological horror and domestic abuse. 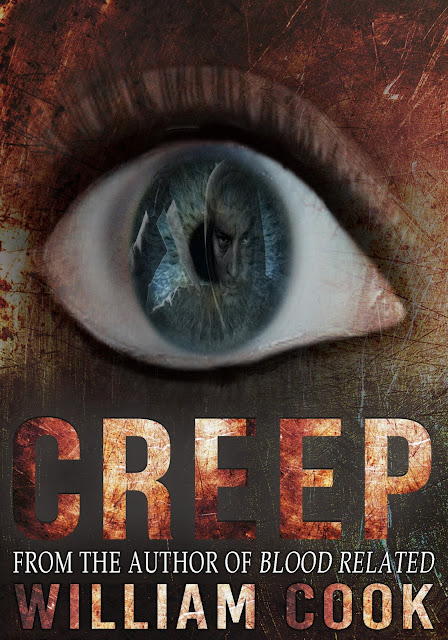 Be careful who you get into a car with, even if that car is a taxi! A dark story of a young girl's date with death. CREEP is a story that will leave you on the edge of your seat until the gripping climax which is unexpected and will leave the reader cheering for more. Serial Killers don't always get away with murder, no matter how hard they try.
CREEP, is the first story in an exciting and gritty new psychological thriller series. Cassandra: Hunter of Darkness, is a hero to the victim and a merciless angel of death to the evil ones. A killer of killers, she strikes fear into the hearts of those who get their kicks off hurting others. Join Cassandra on her quest for justice and revenge as she begins her journey into the dark underbelly of serial murder and takes care of business as only she knows how.

From CREEP:
“Cassandra pounded on the window and frantically tried to push the rear doors open, first with her shoulders and then with her heels, to no avail. She peered into the dark confines of the garage and saw nothing except her frightened reflection looking back at her in the window, bathed in the dim yellow interior light of the cab. She cupped her neatly manicured hand across her brow and looked out the window again, her button nose touching the smeared glass as she did so.
She thought she heard a deep growling noise somewhere nearby outside the cab and then her window was filled with bared teeth and the blackest, evil eyes, she'd ever seen. The huge head of the Rottweiler retreated into the shadows before launching itself back at the vehicle, the razor sharp canines crunching against the window and sending a trail of cracks across the glass. Steaming froth and saliva dripped down the webbed glass as the dog began to bark and thud its massive head against the side of the cab. Cassandra scuttled across the back seat as she wet herself, waves of fear shrinking her into a ball, as the crazed dog leaped at the cab again . . .” 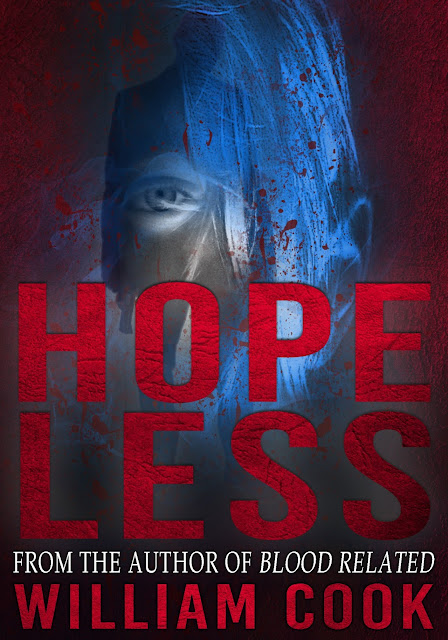 A young girl must face her biggest fear – her father. As she struggles to protect her mother from the man who she once idolized, young Hope must confront her situation and the possibility that they may not get out alive. A fast-paced short horror story with a twist that will keep you on the edge of your seat. From the author of Blood Related and Dreams of Thanatos
Bonus Features: includes an additional short story and a recent interview with the author.
Warning: contains adult content + themes of psychological horror and domestic abuse. 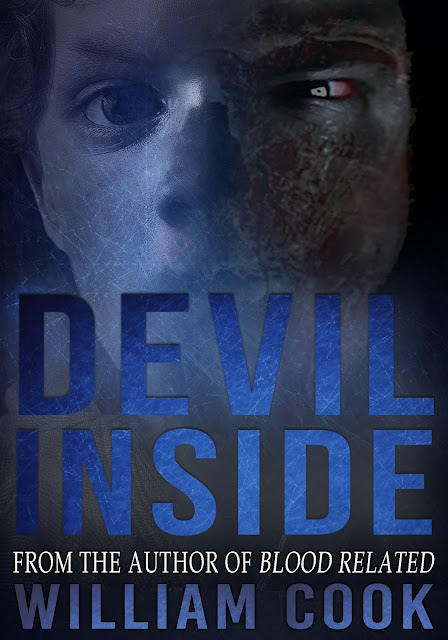 In the tradition of EC Comics, The Twilight Zone and Tales From The Darkside, Devil Inside is a spine-chilling short horror story that will leave you wanting more. Graphic and descriptive, this supernatural tale winds itself around a disturbed young boy who discovers that when you make a wish, you better make sure you really want it. After all, monsters are sometimes real.
From Devil Inside:
“Jacob had no doubt as to what it was. It was the night-Beast under his bed, that lurked in his closet – the Beast that now raged before him, out in the light of day. It had escaped. ”
Recommended for mature readers. Horror, Violence, Supernatural, M15+
Short Story + 4 x Poems + Excerpt from Blood Related (novel). 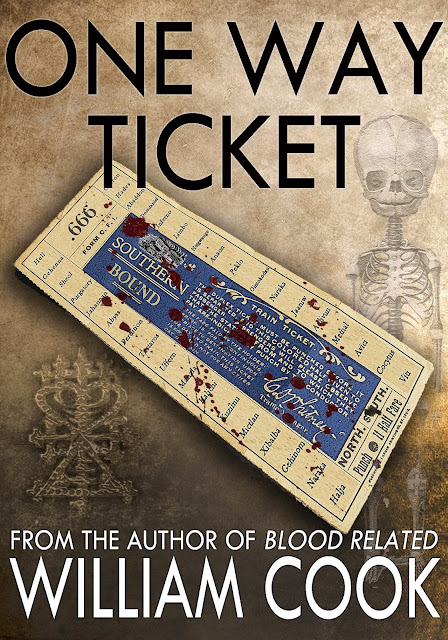 PERMA-FREE - GRAB A COPY NOW!
Fast Train To Hell . . .
From the belly of the swamp issues forth a visit in the middle of the night from a force as dark and unimaginable as hell itself. Poor pig-farmer Abel Laroux, must battle the demons of his past as well as the nightmarish reality of the present, as he confronts a devilish visitor who has come to collect on an outstanding debt, inherited by Abel from his forefathers.
Bonus Features: Includes an excerpt from the author's novel, 'Blood Related' + the long poem 'The Temper of The Tide', in its entirety.
Warning: contains adult content + themes of supernatural & psychological horror.