Recently I had the pleasure of talking with fellow New Zealand author, Lee Murray. She asked questions - I responded, oh yes, that's right, it was an interview! And here it is (please make sure to check out Lee's great blog and subscribe). Thanks for reading.

Welcome William! Give us your personal definition of horror. How would you describe it: blood curdling spatter, or through the looking glass, darkly?

I’m not sure my personal definition of horror is different than standard definitions, but here goes: Horror, in its many guises ‒ fiction, cinema, real events ‒ is a highly subjective phenomena directly related to the individual’s own interpretation of things that inspire fear in the imagination. Fear is the greatest component of horror as an experience. The fear of losing one’s life, the fear of someone close to you losing their life, the fear of a threat that borders on the incomprehensible . . . and so on. Horror is an experience that builds in the mind with the enormity of its potential effect on the individual. It is apprehension that builds terror in the imagination, to the point where madness threatens to eclipse the fear with the suffocating and sublime realization that our greatest fear is real and present. The imagination is a huge determining aspect of the scope of the horror experience; and an essential ingredient that must be considered when writing horror or portraying it [horror] cinematically. If the author cannot engage the reader’s imagination, to the point where the reader can visualize and emotionally trigger their own fears in response to what is in front of them, then the author cannot hope to instill fear and thereby ‘horror’ in their writing. As Arthur Conan Doyle suggested: “Where there is no imagination, there is no horror.” 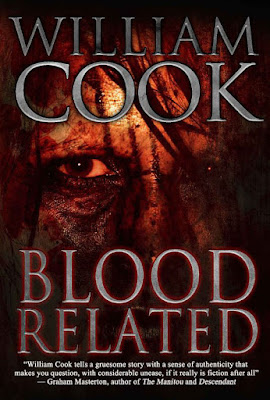 My view is that good, well-crafted, horror must create an emotional and intellectual response in the reader that both engages and entertains. It is not enough to bombard the reader with ‘gore for gore’s sake’ or gross depictions of violence without basis or necessity as part of the story – horror, must build to the point where it is inescapable, where the reader has not become desensitized to the point where at the intersection of plot, action and narrative, they feel nothing. It is in the apprehension and the emotional interplay of fear where the best horror lurks. It is a rare skill for an author to be able to build an experience of horror, which gains purchase via the reader’s subjective experience of fear; that triggers a deep intellectual response which, whilst frightening, also provides an element of resolution or satisfaction in the experience.

The confrontational aspect of horror fiction (and film) can either harm or heal depending on how it is done. For example, I distinctly remember, after reading Stephen King’s The Shining, the thrilling but exhaustive feeling that coursed through me as I put the book down for the last time. The story replayed in my mind and my heart beat rapidly as I marveled at the effect that the book had on me. Tied in with my emotional response was a sense of accomplishment: that I had got all the way to the end of this massive book, that I had confronted all the terrible ghosts that haunted the Overlook Hotel, that I had battled the demonic hedge-maze monsters and that I had survived the worst monster of all, the frightening and all-too-human monster, Jack Torrance. It wasn’t a quick read, it didn’t have an abundance of gore and gross-out violence, and the horror experience wasn’t completely realized until the final chapter where it seems as though everything has worked out well for Halloran, Wendy and Danny after the tragic death of Jack and the destruction of the hotel. There is that lingering sense that beneath the surface, beyond the brightness of those who ‘shine on’, the darkness threatens to return.

So, in light of my own personal opinions about horror, you have probably guessed by now that I prefer ‘quiet horror’, the kind that creeps up on you for maximum sublimity. I also like reading more visceral and extreme horror by authors like Edward Lee and Jack Ketchum, but I don’t get the same response to it as I do with more subtle and intricately crafted works like King’s The Shining, Susan Hill’s The Woman in Black, or Ghost Story by Peter Straub.

In many countries, genre fiction is considered the stepchild to mainstream literature, and horror even more so. Do you think this true of New Zealand? [And what can we do?]

Mention NZ Horror and most people would cite Peter Jackson as being its main proponent. Indeed, the history of NZ Horror is evident in a relatively short film history dating back to the late ‘70s, but not so in the history of our literature. Examples of works exhibiting various tropes and themes found in international mainstream horror fiction can be traced back through select works by some of NZ’s leading writers of their day. The likes of past (and present) NZ literary notables: Maurice Gee (Under the Mountain, and Firestarter), Ronald Hugh Morrieson (The Scarecrow), and Katherine Mansfield (The Daughters of the Late Colonel). All had elements of the horrific in their work, usually of the quasi-gothic variety with dark and ghostly romanticised scenes. Indeed, many of New Zealand’s leading fiction authors have been noted as having various ‘dark’ themes, a synchronicity shared with our cinematic productions. Much has been made of the Kiwi Gothic, but usually only in reference to film in this country:

The Kiwi Gothic constructs New Zealand not as a place of some pastoral idyll but rather as an environment where danger and horror lurk everywhere. The Antipodean gothic is generally considered to be an expression of the settler anxiety that derived from the confrontation with a hostile and alien environment, such as the native New Zealand bush. Unlike the European gothic, which often tells ghost stories set in old castles, the Kiwi version of the gothic often deals with alienation, family traumas and uncanny experiences in very familiar places.

The concept of Kiwi Gothic in NZ cinema can be quite easily aligned to our fiction.  The same characteristics and tropes are readily available in most contemporary NZ fiction. Unfortunately, the best and brightest of New Zealand authors of dark genre fiction have found more success overseas than here in our own country. I don’t even think that the literary elite of this country even consider horror to be a literary genre, let alone a part of the NZ literary canon and in some ways they would be correct. We don’t really have a firm tradition of stereo-typical horror fiction being written in this country (or at least being set here in NZ). I can’t recall ever reading or seeing a book written by a New Zealander about werewolves, zombies or vampires, roaming about our green countryside.