Well, I hope you all had a fright-filled Halloween and Samhain season this year. Halloween is a relatively new event in New Zealand cultural history and so the scares don’t come out en masse as they do in the USA. When I was a kid, my pals and I would make absurd effigies of ‘Guy Fawkes’ on November the 5th. We’d stuff an old pair of overalls with rags and rolled-up newspaper and then push it around in a heavy-steel wheelbarrow, chanting “Guy! Guy! Money for the Guy. If you don’t have any money, then a smile will do. If you don’t have a smile, then God bless you!” Depending on who it was we’d usually give them this spiel, but if we didn’t like them we’d throw in a few other choice lines to give the chant a bit more pep. People would give us apples and lollies (candy) and sometimes loose-change and we’d all huddle round as the sun was going down and count our loot. If we had enough, we’d race down to the corner store (we call it a ‘dairy’ over here) and buy a swag of ‘Double Happys’ – powerful red crackers that looked like mini dynamite sticks – and then stash them away for the days and weeks after Guy Fawkes when you couldn’t buy fireworks anymore. The night would usually end in a grand finale at the local school field where the parents and kids would gather around a large bonfire. Some of the kids, myself included, who had  ready access to their father’s old work overalls would throw the ‘Guy’ on the pyre while the adults let off the sky rockets and other various fireworks. Anyway, no-one does Guy Fawkes like they used to anymore. Most of the fun fireworks are all banned now and the ones available are overpriced and boring so Halloween is starting to take the reigns as a viable alternative for most of the young New Zealand kids nowadays. Anyway, the season has now passed and we are staring down the barrel at Christmas again. Is it just me, or do the years seems to go by more quickly as you get older?

Hi all - as you may or may not have noticed I have not been posting much lately. Largely due to the completion of my Masters thesis, my fiction writing and posts have been on hiatus. Now, I am back but this time I thought I'd try something a bit different by opening up my site to some fellow authors. The first guest post I present to you is from fellow countryman and all-around good guy, Dan Rabarts. Dan is a writer of the dark stuff along with excursions into fantasy and further afield. Here he offers us an interesting perspective on his recent work as it relates to possible sources and origins of inspiration, found in the locale and characteristic anomalies of life in New Zealand. If interested, I myself discuss the 'dark' aspects of New Zealand literature here in a recent interview with fellow writer and Dan's co-author, Lee Murray.

Give the below article a read and check out Dan's books via the links - you won't be sorry, he really is the real-deal and his stories will resonate with you long after you've finished reading them.

Also, please make sure to subscribe to this blog/website to stay tuned for the next post (if you subscribe now you also get a free digital copy of my collection, Dreams of Thanatos: Collected Macabre Fiction) - links to the right or click here. 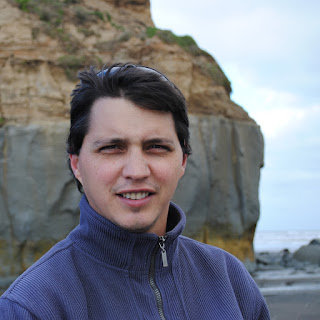 New review for Blood Related - check it out!

Recently I received this great review for my serial-killer novel, Blood Related. Check it out and grab a copy if you like. Happy reading 😊

In his exploration of the minds of a pair of prolific serial killers (those peculiar creatures of popular morbid interest), Cook introduces us to the Cunningham  brothers – products of a long hereditary line of aberrant, pathological behaviors. For Caleb, our central narrator, killing is more than a habit – it is an obsessive art form, personal and highly selective. His brother, Charlie, on the other hand, is a human wrecking ball – careening from victim to victim as he plans grandiose mass murders like a one man terror squad. Both present acute symptoms of varied psychoses – suffering delusions and hallucinations, suicidal ideation, and displaying a generally tenuous grip on reality. In this way (much like the character of Quentin P. in Joyce Carol Oates’s Zombie), Caleb serves as an unreliable narrator in the tradition of Poe, accentuating the twisting, fever-dream nature of the narrative.

Cook takes a carefully measured approach to scenes of extreme violence, which speaks much to his talent. Too often works of horror are overloaded with grue, overpowering the narrative and thus breaking aesthetic distance, putting the reader off the text. The imagination must be free to run, and Cook appreciates this.

If you’re looking for a truly haunting ride into the primal depths of the psychopathic mind, Blood Related is for you. Be sure to leave the lights on.