Today I bring you the final long-awaited interview in the popular series Secrets of Best-Selling Self-Published Authors. Today's guest is author William Malmborg who is a successful writer of dark psychological horror/thriller fiction. From William's Amazon bio: "William Malmborg has been publishing short stories in horror magazines and dark fiction anthologies since 2002. In addition, four of his novels, JIMMY, TEXT MESSAGE, NIKKI'S SECRET and DARK HARVEST, are all available, as is a short story collection titled SCRAPING THE BONE that features five previously published and five original tales of horror. When not writing William caters to the whims of Toby and Truman, two cats who reside with him in Wheaton, IL." 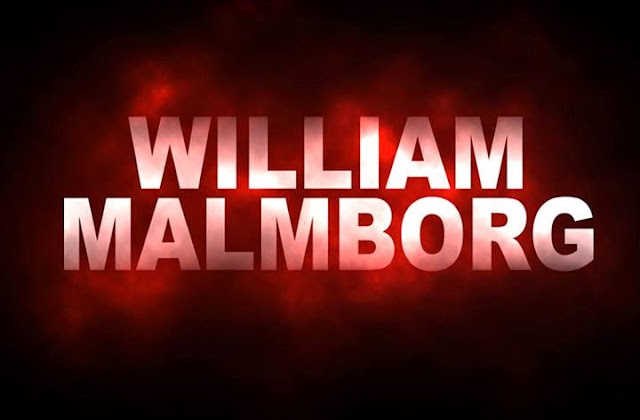 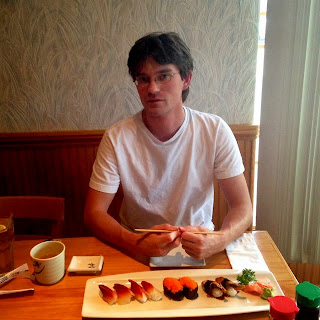 
My name is William Malmborg and I live in the Chicago suburbs.  It's hard to say whether or not my life experiences have played a part in my success simply because this is the only path I have taken.  I came into the publishing world during an interesting time.  For the first five years of my career, magazines were still printing stories and you submitted everything via the mail.  Social media wasn't a thing yet, and I had my first story published by a magazine before I had an internet connection on my computer.  During the second half of my career, magazines began to disappear, many of them with stories of mine that were supposed to be published, and publishing houses began to get goofy.  And then ebooks hit the marketplace, which opened up a whole new road toward publishing success.  Given all this, I think the fact that my first several years were spent in the trenches of the traditional publishing world – interacting with editors at magazines, facing rejection with work that wasn't ready for publication, and having other stories bought and published that were ready – helped in giving me an edge when the ebook marketplace arrived.


For the first ten years of my writing career, traditional publishing was the only real route an author could take if they wanted to make a living.  During that time, my short stories sold frequently to horror and suspense magazines, but my novels had a difficult time.  Just having a publisher agree to read the first fifty pages seemed a monumental success, and if they then wanted to read the entire thing . . . well, let’s just say that such was so rare that it in itself was a moment worthy of celebration.


My novel JIMMY was the one that I strived the hardest to have published during that early period of my career, though I did have others, TEXT MESSAGE, SIMPLE LIES and THE MISSING KID, which publishers looked at as well.  Nothing was ever accepted during those early years of submission, the typical reason being that the editors felt the serial killers within my novels were too likable, and that readers would have a difficult time dealing with that.  “Who do they root for?” was a common question they asked.  Year after year, this went on, until finally Don D’Auria at Dorchester Publishing informed me (a year after I had submitted the novel) that he really enjoyed JIMMY, and that he would like to make an offer on it.  First, however, it needed some rewrites, specifically the portions of the novel written in the interview format.  He wanted the entire thing as a third person novel.  Two months later, I sent him the new version of JIMMY, one that was actually better than the original version had been.  Following that, sale imminent, I went on to do some self-imposed rewrites for TEXT MESSAGE, because I felt that would be a good follow up to JIMMY.  This did not happen.  Dorchester Publishing started to spiral toward bankruptcy before JIMMY could be published, and while I stuck with them for nearly a year, I eventually did the right thing and took the novel elsewhere.


Following that, thinking other publishers would be interested in having a novel that had been ready for publication with another publishing house; I began sending queries for JIMMY to everyone that was accepting proposals.  Each one was rejected.  No one was interested in JIMMY, which really surprised me.  During that period, I began to hear success stories from authors that were uploading titles to the Amazon Kindle.  Intrigued, I did as much research as I could on this new method of publishing, and then, once I made the decision to jump in, hired a well-known artist to create a cover, and uploaded it.  A few months later, it was a bestseller on Amazon and had made me more money during that short period of time than I had made in the first ten years of my writing career combined.


I self-publish the majority of my work simply because it is the most logical and profitable method of delivery within the US right now.  With foreign language editions, I still use traditional publishers within the countries where the titles will be released since they know their markets the best.


One of the biggest misconceptions of self-publishing is that it carries no overhead.  After all, with print-on-demand, the printer only has to print copies as they are ordered, and with ebooks, it is nothing but computer code that is stored within a device.  However, there are other costs to consider, upfront ones that are important in making it so the book will be noticed by the public and enjoyed once it is read.  The first cost; the cover.  If you want to be treated like a professional author, one whose work is going to stand alongside authors who have major publishers behind them, then you need to have a professional create the cover.  Poor covers are the most common reason why books are passed over when a potential reader is looking for their next fix.  It doesn’t matter how amazing the writing within is, if people aren't going to pick it up and open it, it might as well be four hundred blank pages.  Second: editing.  You need a professional to look over your work once it is completed.  Mistakes happen and it is nearly impossible for an author to catch their own when they have lived with the work, day in and day out, for months at a time.  Initial sales via a fantastic cover are great, but nothing will knock a title down like poor reviews due to editing and grammar errors.  Now, will these two things guarantee success?  No.  Nothing will ever do that.  But it will make the chances of success more likely.


Honestly, I don’t really have a promotional strategy.  I simply write and release the work.  Initially, I always price my new releases at 99 cents, so that the readers who have been with me from the beginning will be treated to a great deal, but after that, once the price goes up to my typical $4.99, I step back and let word of mouth do its thing.   The only exception to this is when I’m able to get a book promoted by BookBub.  When that happens, I once again lower the price to 99 cents for the days they market it and enjoy the snowball effect as the initial sales from the ad bump the title into several top ten categories, which then brings in more sales . . .