Recently had the pleasure of being interviewed by Malina Roos for her very cool blog: How To Dismantle Your Life. Check it out.


I first read William Cook a couple of years ago and was immediately enthralled with his writing and his style. The book I read was BLOOD RELATED. I loved it. It was intense, creepy, dark and twisted.   For some reason, my review of this book has disappeared from Amazon and Goodreads, so I dug it up and reposted it.


Today, I bring to you the last in the first run of the popular interview series:  Secrets of Best-Selling Self-Published Authors. This interview imparts a lot of valuable wisdom that serves as a nice summary to this series. Russell Blake is a best-selling self-published author who has steadily climbed the sales ranks since he embarked on his prolific career. From his bio:


Today we have a very special guest, best-selling author, April M. Reign.  This from her bio: April was born and raised in Southern California by her happily married parents. She is the oldest of three daughters and considers both of her sisters to be her best friends. Growing up, she was involved in many sports: softball, surfing, tennis, and Kenpo karate. Many weekends at the beach with her family included her father packing up the long boards and teaching all three daughters how to ride a wave. The activity that stands out the most for her is the thirteen years that she spent studying karate with her family. The family’s karate days remain as some of her fondest memories. Sports weren’t the only activities that she enjoyed. She played the accordion for twelve years and even played for Jerry Lewis kids fundraisers. During those years, she learned how to read and write music.
Besides writing music, during her high school years, she also discovered her passion for writing words. At fifteen, she began writing poetry. By the time she reached the age of twenty, she was writing short stories, with no other intention than to get the stories from her mind to paper. At twenty-one years old, she married and shortly after, two handsome sons graced her life. When her marriage ended, she faced the long, difficult path of raising her two boys into strong, well-mannered young men. She took on the task with fervor. In order to support her children, she worked as a litigation analyst for ten years at a large company and began to pursue a career in law. After long hours in college and even more hours at the law library, while still raising her children alone, she realized that practicing law was not the dream that she wanted to live. She spent the next eleven years as a U.S. Customs Broker, working directly with the FDA and FWS, clearing international shipments into the country. While she worked full time and raised two adolescent boys, she also decided to follow her dream to write a book. A year later, Enticing the Moon was published. Since then, she has written more than 25 novels and several short stories, and has entered many writing contests, winning first place on several occasions. As an indie author, April M. Reign writes and publishes her own books. With the increase in her book sales, she was able to give up her job in the corporate world and pursue her dream of writing stories, which she hopes capture the attention and intrigue of her readers.
And here she is, sharing much valuable information for those of you interested in the writers' life and Self-Publishing. 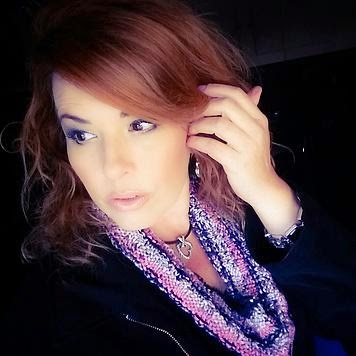 Where do you get your inspiration from for your writing?

Oh William, there are so many things that inspire me. A dream…a conversation or even a newspaper article can strike up my creativity. However, writing full time can be a lonely job. Therefore, I use my travel vlog, Uncovering California, as a major source of inspiration.

On my vlog, we’ve stepped into an abandoned insane asylum, ventured on a deserted [island] hike to a 1961 abandoned shipwreck, took on haunted cemeteries, and captured the abandoned, yet famous resort, The Salton Sea, where there were three inches of fish bones resting on top of the sand. One adventure to a 1700’s plantation in New Orleans gave us the opportunity to capture on film the same spiritual Orb in two different places on the plantation. It’s those adventures that thrust me into my deepest creative mode.

Where do you get your inspiration for the way you brand yourself as an author?

This is such a great question because I think many people miss the opportunity of branding. I’ve come to realize that writing is the easiest part of this industry and being an indie author who wears many hats is the hardest.

So what is branding and how do I go about it?
Every successful business has a brand and it starts with that reliable logo that makes the consumer feel safe. Amazon, Apple, Mc Donald’s, and Best Buy among a plethora of others have that one logo that gives us, as the consumer, comfort while differentiating them from others that may sell the same service or product.

What does that mean for Indie authors?
It means that your branding should set you apart from the millions of other authors out there as well as give your readers a sense of trust and security when they pick up your books to read. And this is just a tiny part of branding.

When my readers pick up my books, I want them to trust in the quality and consistency of my work. When they see the AMR logo, I want them to get a sense of excitement knowing that my story will have action and intrigue.

Branding isn’t tangible. It’s a feeling, emotion and sometimes physical need provoked by your brand on to the consumer. I’m going to release some free pamphlets on branding and many other things when it comes to being a successful indie author. I encourage your readers to visit my website over the next two months to grab these important downloads that will take a writer from conceiving a story to writing the story to marketing and discovering success.

Did you try to get publishing contracts for your books early on with traditional book publishers? If so, did you have any success there or if not what was it that made you decide to self-publish the majority of your work?

I’ve always been a writer but my first book, I wrote for my family. Having no idea how to go about obtaining a publishing contract, I used a vanity press to publish my book, so I could hand the paperback out to family and friends. After I wrote my second book, I discovered Amazon’s self-publishing platform. The first month that my book was live on Amazon, I made $90.00. That was an exciting time. The second month it had increased to $423.00 and by the third month, I’d reached an unconceivable amount of $1500.00.

Why would I go to a traditional publisher?
Because. Like every writer, in the early stages of our craft, we want validation by a company of people that may know more about the industry than we do. So, I submitted my third book to a mid-sized publisher. I got an email back stating they were interested, but they wanted me to re-work my first chapter. I cringed. That was the only chapter they had read so far.

I’d already had the taste of being my own boss, and being my own creative team. I thought long and hard and realized that whether they were right or wrong, I didn’t want to give up that side of my creativity. I wasn’t ready to turn over my work and have it torn apart (not in editing, I’m okay with that) in storyline, title or vision. I published my third book and watched my sales on the 6th month go from $2400.00 to $3600.00. This was a dream come true!

Self-publishing or traditional publishing is a personal journey. As stated above, you know which journey I chose and the reason why. I encourage new writers to consult themselves, their needs, their goals before making the decision.

Once you have decided that self-publishing might be your route, what financial and artistic considerations should you keep in mind before you begin?

This is going to sound strange but I think it plays a big part in how successful you are as an indie author.

Are you a controlling person or are you able to let go of work and delegate?
Either one can be successful, but if you’re controlling and you go against your nature by letting go, you may spend most your time worrying if things are getting done right. With that said, if you’re able to let go, but you try and do it all, you may become overwhelmed with the various outlets you’ll need to know in this industry.

So, first, determine your personality. If you want to take on all the work yourself, you’ll save money but lose time. Let me say that again: YOU’LL SAVE MONEY BUT LOSE TIME! Keep in mind, in this business, time is valuable. When you lose time, you’ll have to set your writing aside to accomplish the other demands of indie publishing.

What needs to be done after the story is written?

These are a few of the things that you can do yourself or outsource to a professional. Keep in mind, if you’ve never done graphic design before, your book cover will probably not look as professional as you want it to look. Also, editing is a must and formatting is important. As I stated earlier, remember branding.  You don’t want readers to see your author name and cringe because they know the interior will be completely off or the editing will be non-existent.

Your name. Your brand. Your decision.
Those free pamphlets I talked about will have a deeper list of duties as an indie author plus links to places where you can start to hire your team, or learn to do those things yourself. They will be on my website and launched over the next two months.

What do you see as your most innovative promotional strategy?

There are so many strategies that an indie author can use to promote their work. I don’t have a “most” innovative strategy because we’re in a very noisy world on Amazon and social media, so it’s been trial and error for me.

Some things have worked like a charm and others have left a lot to be desired. In the end, I’ve put together a list of those do’s and dont’s according to my years of experience. There is one amazing promotion that I did, which garnered 23,000 downloads in 4 days. It was a remarkable strategy that I will share with you on those free pamphlets I’ve talked about . . .