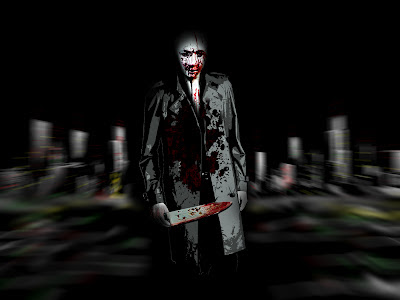 Well, things are happening with Blood Related. My contract is nearly finished with Angelic Knight Press, consequently I have been thinking a lot about where this novel is going and where it has been. For it is not a stand-alone novel in a sense, as I have always planned it to be the central story in a trilogy that would span 3 generations of the characters therein. After accepting the initial publishing offer from AKP a year ago, I also received a couple of other offers a few days after I had signed with them. I stuck with AKP because they gave me my big break as a first-time novelist and for that I am eternally greatful. We haven’t always had the same vision for the book but that hasn’t been a problem as the suggestions offered by AKP were such that they only served to enhance the work. I feel a little bit sad about leaving AKP after a year but I have had another offer from the good folks at Black Bed Sheet Books – one of the inital publishers who wanted to publish BR a year ago.

Sooooo, I have decided to make the leap and relaunch Blood Related with BBSB, who have also offered to publish the sequel when it’s finished. It was a difficult decision to make and I thought long and hard about it. I didn’t expect to make a lot of money from my book in the short term and feel that is a pretty unrealistic expectation for any debut Indie author, but I have big plans for the complete saga and feel that positioning the work with BBSB will best serve this purpose. That is, not to make money but to grow as a series with an increased focus on the Horror of it all (and hopefully make a few dollars on the way).

Nicholas Grabowsky has been an unflinching ally since I approached him over a year ago about Blood Related – the timing wasn’t right then, but the stars have aligned so to speak and i’m very happy to be on board (post August 1) with Captain Grabowsky at the helm. Amongst many other things, Nicholas is the author of Halloween IV and The Everborn, and has a long pedigree of involvement in the Indie and Pro Horror markets. As a result of his tireless work within the Horror industry he has attracted an impressive stable of authors to BBSB. Black Hamster TV is another wing of BBSB’s diverse media presence online and real world: you may have heard of ‘Francy & Friends Radio‘, Hacker’s Source, or Shot in the Dark Comics, all affiliates of BBSB.

This is taken from the BBSB where Mr Grabowsky talks about his publishing/production company and values:

“In October 2008, I set into motion what it takes to establish a bona-fide publishing company out of my garage and two other offices inside my home.  If this venture proves to be an extremely successful one, I’ll still be operating out of my garage and home, but perhaps in larger ones.  Even if it doesn’t go that far, I’ve submerged a great many years of my life into not only the art of writing as a profession, fiction as well as non, but into the entire process of taking something creative from typed manuscripts to computer documents to something scribbled on grocery store paper bags or napkins, packaging them into a bookstore-quality products and presenting them to the world…..my own works, as well as works of others, since 2002 under the name of Diverse Media.  I decided that the time had come to take my publishing pursuits to the next level and to establish Black Bed Sheet Books as a credible, reputable, and successful publishing venture.  Since my reputation and focus is built upon the genre of horror literature, that is what BBS specializes in.  I will not limit myself nor BBS to this genre, and all avenues are open, hence the byline “fine publishers of exemplary literature, fiction and non.”

In the past, I’ve invested my writing career into publishers and agents that fell short of even minimal expectations.  As a result, I’ve become fiercely independent.  I’ve been working for myself and as a result brought myself farther into my career, and I have the will and means to do the same for you.
My objective is to be the ideal publisher I as a writer always wanted to have, and I intend to carry out that mission to the fullest.  I will work with each one of my authors to meet the highest quality publishing standards, and release each title to the broadest marketing and selling potential utilizing all the tools and resources available to me.”

As you can see, the appeal of having someone like Nicholas in your corner, is quite an advantage and a privilege. So it is with a touch of sadness that I bid farewell to AKP and thank them for taking a chance on me and my work and wish them continued growth and success, but it is with a glad heart that I cross the threshold and enter the DownWarden world of Black Bed Sheet Books and all it has to offer.

It is hard for an indie writer to get ahead and unfortunately one must make difficult decisions to do so; life is short but the road is long – the journey twists and turns, climbs and falls, and as long as the way is forward, the horizon looks a bit brighter with every mile forged ahead.  Thankyou to everyone for your past and continued support. More treasures in store for you shortly, I promise.