Around Town: local in-depth news straight to you 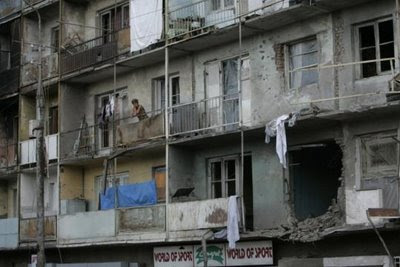 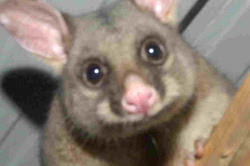 One of the 'Little Bastards'

Wellington, Newtown. Possums that climb drainpipes at the council flats in Newtown have long been a problem for the residents and more importantly the landlords. Now a possible solution has been found by one of the tenants who live on the thirteenth floor of Apartment block B. Noticing that the drainpipe was made from a conductive material, Arnold B Wingthrop, a retired electrical contractor, unscrewed a lamp from its electrical cord and attached the flex with duct-tape to the drainpipe fixture outside his window. Within days a pile of scorched possums lay stacked at the base of the drainpipe. Local stray dogs have been disposing of the barbequed rodents but there have been a few incidents where some animals have touched the downpipe and fried as a result. Mr Wingthrop stated, “the little bastards got what they deserved. They’ve been shimmying up that bloody drainpipe and pinching things out of my apartment for months now!” Neighbouring residents have complained that the apartment block now ‘looks like a friggin’ radio tower at night’ because the electrified drainpipe glows in the dark. The day after we interviewed Mr Wingthrop, the first of the Autumn rains fell, which upon contact with the electrified down-pipe, resulted in a massive electrical fault that blew out half of the suburb’s power supply, including the local hospital’s. Police are interrogating Mr Wingthrop about the incident.