Hi again, today I'm pleased to bring you the second interview in what is proving to be a very popular interview series - Secrets of Best-Selling Self-Published Authors. Today's interviewee is none other than the inimitable, best-selling U.K. horror author, Matt Shaw. His Amazon Author's page describes him as thus: "Matt Shaw is the published author of over 50 stories. Although known as being a horror author, he also enjoys spending time in other genres too - something he had always planned to do in order to have at least one book, in a wide collection, which would appeal to people from all walks of life. Shaw was first published in 2004 with his horror novel Happy Ever After - the first of his books to reach the number one slot on Amazon and the first of his books to use his trademark style of narrating the stories through the first person perspective. An extremely prolific writer, Matt Shaw is continually writing as well as keeping up to date with his readers via his (some might say) crazy Author Page on Facebook. Once Published weekly in a lad's magazine with his photography work, Matt Shaw is also a published author and cartoonist. More recently he is known for turning his stories into films." 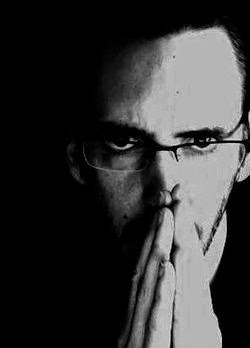 Who are you and where do you come from? Do you think that your life experience has gone someway towards making you a successful author in your chosen genre?
Matt Shaw. Earthling. Sort of.
I was born in Winchester Hospital, down the South of England. I remember the day well. The birds were singing and the Gods were looking down upon my mother, and smiling, as she pushed me out. Then when I was past the point of no return, and spilling into the world, the Gods began laughing at her.
“Too late! He’s your problem now, wench!” they shouted in unison.
I have always been good at telling stories (don’t mind me, just blowing my own trumpet) but I’d never really found myself an audience, which was frustrating me to say the least. It was only after I was disowned by someone whom was supposed to love me, that I really pushed myself harder and harder with each passing day to prove them wrong in what their last words said of me. Had I not been disowned, I couldn’t honestly say I’d be in this position today. For all I know, I’d still be in the same dead end job that I was in before my personal life exploded.
I couldn’t tell you where the horror came from though. For all intents and purposes I had a normal childhood :S

Your stories are many things –  violent, satirical, horrific – with an obviously penchant for the dark macabre – if you could pinpoint one thing in particular that has grabbed readers of your work, what would you say it is?
I think it is the fact I don’t pussyfoot around with subject matters. I write horror, therefore you need to expect a full-on experience which will - in places - sicken you. Too many ‘horror’ authors are out there now who like to pull their punches for fear of putting the readers off. Horror fans do not want to have things diluted. They want the full experience. Once word of mouth gets out about what I write, they tend to give my work a go and then fall for the writing style (the majority of my books being in the first person perspective).

You have enjoyed best-selling status on Amazon recently and have also been the recipient of book contracts and even a movie deal – is there a particular moment in your career as an author that you realized that you had done something right to get where you are now? Can you pinpoint what it was that spiked your success to date?
My ‘success’ came about after the release of my first Black Cover Book (black cover books are the extreme horrors). The book - ‘sick b*stards’ - came out and just instantly took off. I was surprised to be honest. The whole thing was written in an attempt to shock and sicken people but they lapped it up. After that, it was all about pushing more Black Cover Books out. I believe there are ten now and that is since February 2014. I have another three written and due out over the next few months too: “Don’t Read”, “ASHES” and “MONSTER” - the latter being co-written with ART co-writer Michael Bray.

Did you try to get publishing contracts for your books early on with traditional book publishers? If so, did you have any success there or if not what was it that made you decide to self-publish the majority of your work?
I decided to self-publish immediately and have never looked back. Funnily enough now, I am getting knocks on my door from people interested in publishing me but - at this stage - I am not interested. I am doing okay by myself and the publishing companies hitting me up can’t offer anything I am not doing already. Self-Publishing doesn’t really carry the stigma that it used to anymore but I will tell you this - to be noticed, it is extremely difficult. More and more people are turning to writing to make money now thinking they can write the next 50 Shades. It doesn’t work like that. It’s hard to find readers, especially those who have the potential to turn your fortunes around. This is not a short-term get rich quick scheme!

What do you see as your most innovative promotional strategy?
I don’t sell the book, I sell me.
I am turning myself into a brand. Someone people want to check in on, over on Facebook. That strange little horror author who keeps doing silly strip videos, or videos putting condoms over his head. I act the fool to keep people watching. They are then more likely to invest in my work. There are a lot of authors who just continually push their books in the shape of adverts or shout-outs. Really, this isn’t the way. They get lost in a sea of publicity and all read the same and smell of desperation. Whatever you try, the most important thing is to be original! Do not copy someone else, do not rip off a style that you’ve seen work elsewhere. You will highlight yourself for the wrong reasons . . .