Today we have another special interview in the popular series - Secrets of Best-Selling Self-Published Authors. Today's guest is author Michaelbrent Collings, an internationally bestselling novelist, a #1 bestseller in the U.S., and has been one of Amazon's top selling horror writers for years. He is one of the most successful indie horror writers in the United States, as well as a produced screenwriter and member of the WGA, HWA, and several other writing groups with cool-sounding letters. He's also a martial artist, and cooks awesome waffles ('cause he's macho like that). He published his first "paying" work - a short story for a local paper - at the age of 15. He won numerous awards and scholarships for creative writing while at college, and subsequently became the person who had more screenplays advance to quarterfinals and semifinals in the prestigious Nicholl Fellowship screenwriting competition in a single year than anyone else in the history of the competition. His first produced script, Barricade, was made into a movie starring Eric McCormack of TV's Will & Grace and Perception, and was released in 2012. Michaelbrent also wrote the screenplay for Darkroom (2013), starring Kaylee DeFer (Gossip Girl, Red State) and Elisabeth Rohm (American Hustle, Law & Order, Heroes). As a novelist, Michaelbrent has written enough bestsellers that listing them seems weird, especially since they're already listed elsewhere on the website. In addition, he has also written dozens of non-fiction articles which have appeared in periodicals on several continents.

Here he is, Mr Michaelbrent Collings: 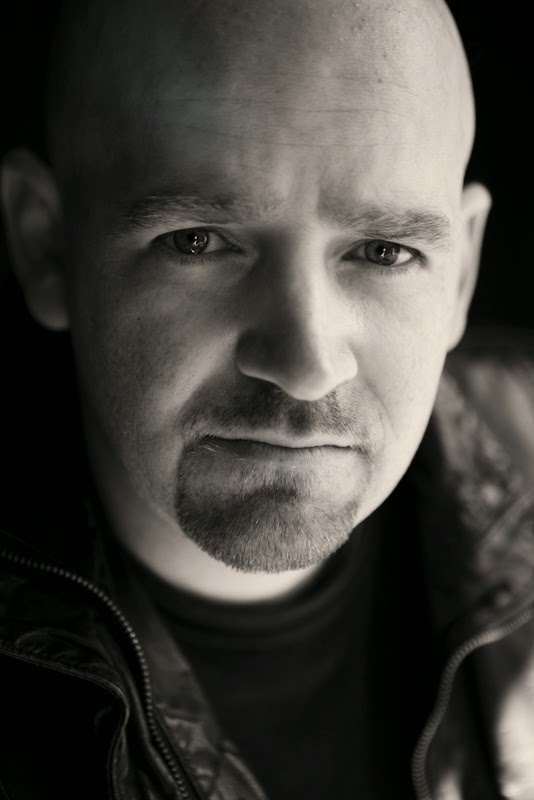 
I come from a background that is mildly schizophrenic: a sickly, small kid who devoured every martial art he could growing up; was a missionary for two years in an exceptionally poor part of South America; graduated from college majoring in TV production; went to a top 20 law school where I juggled work as a law clerk, work on the law review, and an unpaid church job that took up close to thirty hours a week; became a partner at a respected Los Angeles law firm; and having failed at my fallback job moved into work as a full-time writer. Sheesh.


Yes, this totally helped with my writing and my success. I learned to talk to people as a missionary, I learned to work with graphics and layouts (talents that port over to book covers and book trailers!) in college for studio work, I learned lots about people in general through all of it. And my writing was a thread throughout, learned from the very beginning at my parents' knees: my father, a tremendously talented writer and English professor at a major university; and my mother, who is Made of Awesome.


You are a #1 best-selling author on Amazon  – if you could pinpoint one thing in particular that has grabbed readers of your work, what would you say it is?


Most people who write me say it's my honesty and my outlook. By which I think they mean that I write a lot of scary stories, but those scary stories are, at their core, stories about hope – about the light beyond the darkness. Or at least about a sense that there is more to life than just loss. And a lot of my books are populated not by nubile teens whose prime motivation is "To bang or not to bang?" but by families with real world problems – paying the rent, taking care of wayward kids, loving each other.


You are also a successful script-writer and a public speaker – how important are the things that you do outside of writing novels and fiction, to your success as an author? I.e. how important is it to self-published authors to be other things (than just an author) and to spread their work across other genres and creative outlets?


I think it's tremendously important that authors today be willing to do things that take them out of their "writing caves." I blog, I tweet, I Facebook, I speak at schools and comic cons and symposia. All this feeds into people who (hopefully) look at my books. The books have to be awesome to keep them as readers – and, more important, as people who will recommend the books to their friends – but it's all a great net for catching more audience.


Non-fiction titles aren't tremendously important for me. I've written some law and some martial arts instruction books, but those are so outside my bivouac that most people looking for those aren't looking for my fiction titles, and vice-versa. Or maybe they are, because they're as crazed in their interests as I am. <grin>


My most successful practices for marketing and brand promotion are simply this:


2)   Tell others about the great books.


A lot of people don't care to learn how to write. Or if they do, then they don't write volume – one or two is enough for them. Mistake. Forbes recently did a study of the top selling authors of all time, and the ONLY things they had in common were a huge body of work cranked out over time.
And then, once you've learned how to write awesome books (which will take an average of ten years of hard study), and you have actually written them… you gotta tell folks about them. No one will search in your underwear drawer for your manuscript, you have to take it into the world yourself.
Well, I might poke around in your underwear drawer, but that's a whole other ball of wax.

Do you design your own covers? How important do you think cover design is to a potential reader and how big a part do you think it has played in your success to date?


Cover design is critical. I do design my own covers, but again – thank you crazy background – I had a bit more schooling on the subject than a lot of authors. Don't do something that looks amateur – people won't buy it. They just won't. If you haven't the skill to put together a professional cover or the commitment to shell out some bucks to have someone else do it, people will infer that you're work sucks. And they'll likely be correct. Stinky but true.


I think they both have an important place in our reading landscape. Self-pub is here to stay, but trad-pub has great strengths, too. I'm not a "hater" of either. The more the merrier . . .